With the announcement that the June 20th, 1987 Utrecht show will be part of the Sign “O” The Times super deluxe edition, it might be a good time to give that show some context. What happened on June 20th? And why is this show so special?

The concert was the second of four shows at Stadion De Galgenwaard in Utrecht, The Netherlands. For weeks, the Dutch fans had been teased with rave reviews in various newspapers and magazines, as record company WEA (now Warner Music) had sent journalists and photographers to concerts in Stockholm, Sweden and Dortmund, Germany to write show previews. Unprecedented at the time that journalists were sent to report on multiple foreign concerts. Also unnecessary, the Utrecht shows had sold out almost immediately. They really didn’t need any extra promotion at all. But Prince’s popularity had grown to a peak in Europe in the summer of 1987.

Iconic artists such as U2, David Bowie and Madonna played even bigger shows in the Netherlands that year, but it was Prince who made all the headlines. It’s not that Prince could not have filled a large venue like Stadium Feijenoord in Rotterdam for instance. However, he himself wanted the shows to be staged in a more intimate setting. Thus Stadion De Galgenwaard in Utrecht was chosen. Prince was the first pop musician to ever perform there.

The summer of 1987, however, was plagued by bad weather. Before Prince arrived for his first European outdoor shows in Utrecht, dark clouds had gathered over Stadion De Galgenwaard. Literally. The show’s promotor MOJO Concerts had already lowered the roof of the stage, so that the equipment would not get wet during the sound check of June 19, 1987. Nice try, but when the rain came their actions proved to be in vain. Soon after they were requested by Prince’s tour manager Alan Leeds to to look for an indoor venue as a possible replacement, as the weather forecast for the days to come did not bode well.

And while eventually the sky cleared and the first of the four shows was played without a drop of rain falling, there was visible tension on stage for quite a while. It was the enthusiastic Dutch audience that eventually managed to ease the tension and as the show progressed Prince and the band looked more comfortable. Once the audience started flashing their lighters to the beat of Forever In My Life, something clicked and band and audience became one.

“Fabulous show”
Immediately after the first performance in Utrecht, Prince was transported to the Sonesta hotel in Amsterdam, where he arrived around midnight. Curious fans and a handful of journalists were waiting at the hotel entrance. With a firm sprint through the lobby, Prince managed to avoid them all. The next day, the first translated newspaper reviews were delivered to Prince at his Royal Suite.

Although the Dutch press already had been jubilant when writing about the 1987 Stockholm and Dortmund performances, all journalists seemed to be short of superlatives when reviewing the first show in Utrecht. “Utrecht goes crazy”, the front page of Het Vrije Volk shouted. Journalist Louis Du Moulin called it a “fabulous show” (…) “Prince can be proud of Holland” (…) “What a joy last night at Galgenwaard at the start of his ‘four days’!”

Haagsche Courant writer Eric Quint talks of “a ruler at great height” (…) “Superlatives devalue to the clichés they are” (…) “All so-called mega stars today fade with this phenomenal talent”. David Kleijwegt of Algemeen Dagblad kicks off his review by speaking of a ‘majestic first concert’. “Where David Bowie’s show completely derailed with his mixture of theater and pop music, his much younger colleague has found the right nuance.”

In newspaper De Volkskrant, Gert van Veen is even more enthusiastic than a few weeks earlier in his Stockholm review. He speaks of a “musical and visual spectacle that pales all other major pop events of this year”.

Empty limousine
Prince’s mood was further lightened by the fact that the weather forecast for the evening of the second show was significantly better. Although it was cloudy, it was dry and it looked like it would stay that way. So already during sound check, especially when the sun started shining as well, Prince was in a very good mood.

Shortly before kicking of that sound check, he had misled the paparazzi that had been camping outside his hotel. His private chauffeur Gerard Valstar had parked his limousine at a side entrance of the Sonesta and kept the engine running. Photographers were gathered around this car, hoping to catch a glimpse of Prince leaving the hotel. All the while, he just came walking through the main entrance, smiling, and casually jumping into the bus with his band members. Valstar’s empty limo followed as a support car and the paparazzi were left dumbfound.

It was Prince himself who announced support act Madhouse that second night. Like he did on the first, but a lot more enthusiastically. Around half past nine he casually entered the stage in a very relaxed mood. He started his own performance by playing a Van Halen-like guitar solo, which slowly but surely turned into the regular intro of the show opener Sign “O” The Times.

High expectations
The concert continued to be one of the most inspired and with almost two hours also the longest of the Sign “O” The Times Tour. Word of mouth from people who had seen the show a day earlier had circulated way beyond the people waiting at the gates for day two. Therefore the expectations of the audience were even higher on June 20th. This created a downright euphoric atmosphere in the stadium long before the actual show started and an almost instant alignment of band and audience.

Already early on in the set Prince deviated from standard arrangements, while simultaneously conducting both his band and the audience. An extensive start-stop game had been added to Housequake, in which the audience should chant ‘quake’ in the silence. During this tour, an instrumental segment was built in halfway through the set. This gave Prince the time to change clothes and start If I Was Your Girlfriend in a fresh new outfit. This changing break was often filled with a jazzy intermezzo in the form of the Charlie Parker classic Now’s The Time, after which Sheila E. performed a drum solo. This evening, the Charlie Parker segment has been replaced by a rare version of the Madhouse composition Four.

This night the ‘hits segment’ that ended the first set featured an impressive and emotional performance of Purple Rain, in which Prince performed longer than usual.

The Holland Crawl
The highlight for many was the inspired performance of Forever In My Life. The song started with a Prince strumming on the acoustic guitar. The audience gradually joined him by – just like a day earlier – flashing their lighters on the beat of the pedestrian drum machine. Towards the end of the song, an extensive improvisation followed, in which the audience was fully involved. The song lasted for almost fifteen minutes.

Show finale It’s Gonna Be A Beautiful Night was also stretched to almost fifteen minutes, in which saxophonist Eric Leeds was given plenty of room to solo. Normally The Detroit Crawl is referenced in the song, Prince changed it on the spot to The Holland Crawl and that was quite fitting.

It is rare that a performing band and the audience all are levitated to the same level and somehow become one during a concert. On this June 20th, 1987 summer night that is exactly what happened at Stadion De Galgenwaard in Utrecht. When Prince jumped into the limo to take him back to his hotel, he left a crowd of 15.000 adoring fans grasping for breath.

It was this triumphant show that cemented the strong bond between Prince and the Dutch audience for years to come. And that was the long term effect. On the short term it led to true Prince mania in the Netherlands. People who did not yet have tickets tried desperately to get tickets for the remaining two shows. People who had just come out of the show transformed wanted to go one more time! But the weather gods did not share the jubilant mood and failed to cooperate. The weather conditions turned for the worst and ended up completely messing up the tour itinerary for the rest of the European tour and eventually the American tour, which was cancelled all together. That turn of events led to the production of the Sign “O” The Times concert film, but that is another story, one you can read in the liner notes of 2019’s Sign “O” The Times deluxe edition blu-ray/dvd set.

The Sign “O” The Times Super Deluxe Edition, which includes the full show as recorded on June 20, 1987, will be released September 25 and can be ordered HERE. 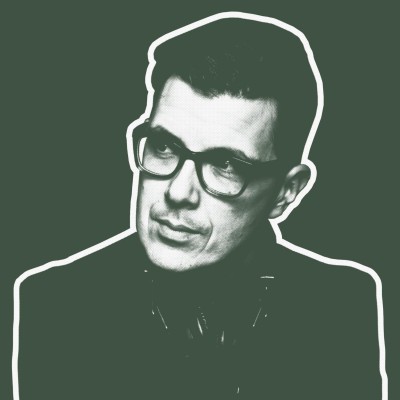